Any hotel that advertises the time Angelina Jolie jumped into their pool after winning a Golden Globe is a hotel I want to check out. The Beverly Hilton is most known for all of the events they hold throughout the year, more so than being known for the actual hotel. They host events from the Golden Globes to the Hero Dog Awards(which sounds like my kind of award show).

A lot of the hotels in Beverly Hills have over the top, lavish setups but The Beverly Hilton really embraces its classic Hollywood style. The hotel was a popular watering hole for old Hollywood stars throughout its history and the hotel sticks with what it knows best. The style has evolved somewhat but has much more of a mid-century modern feel. 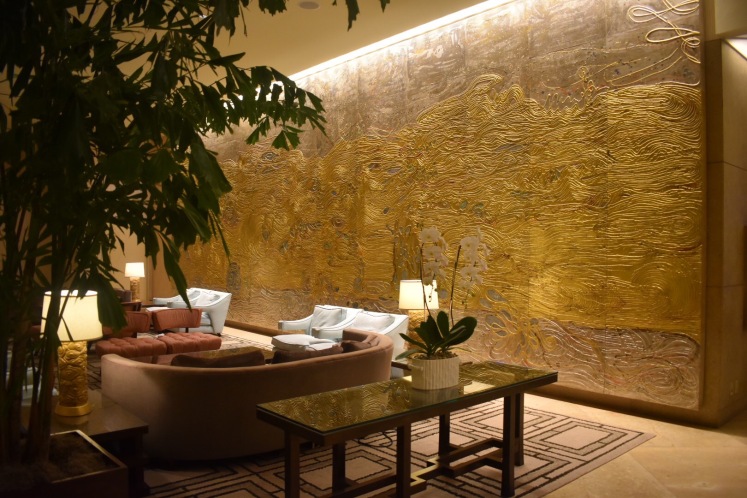 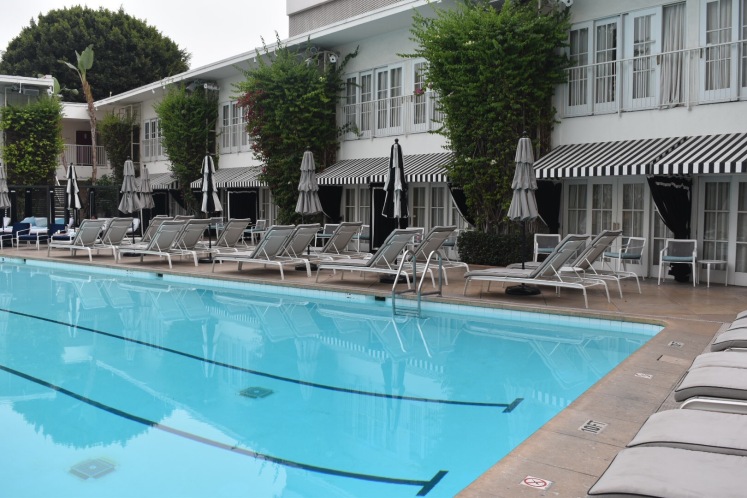 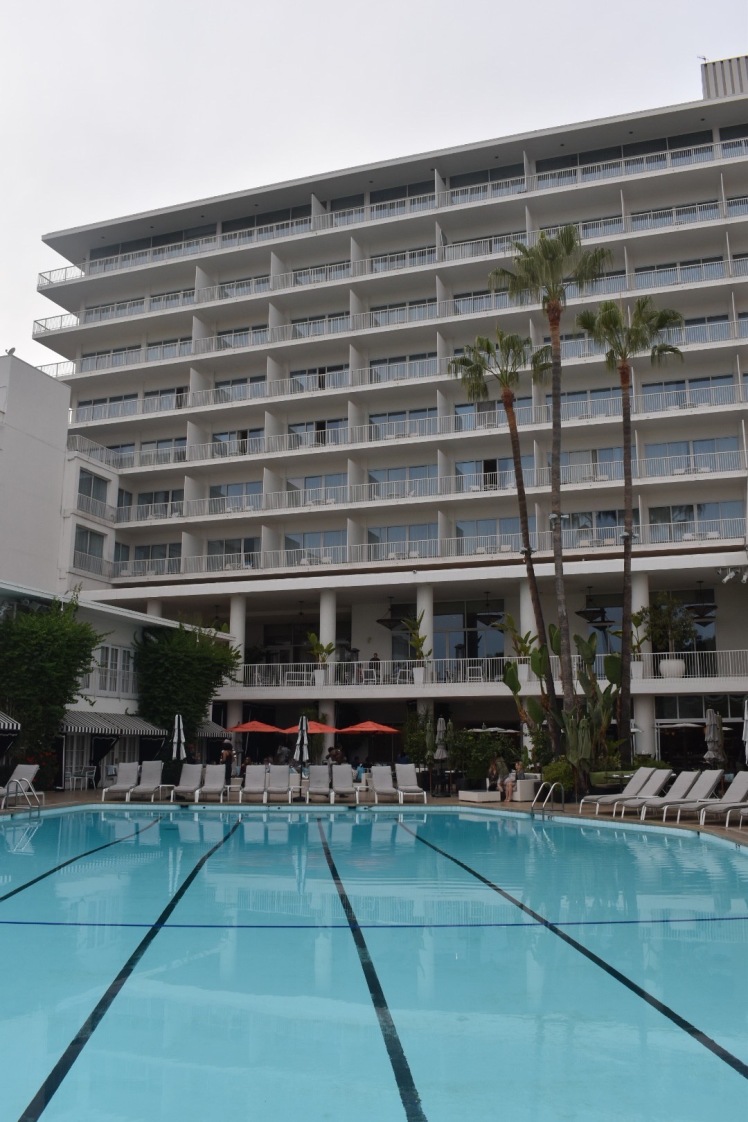 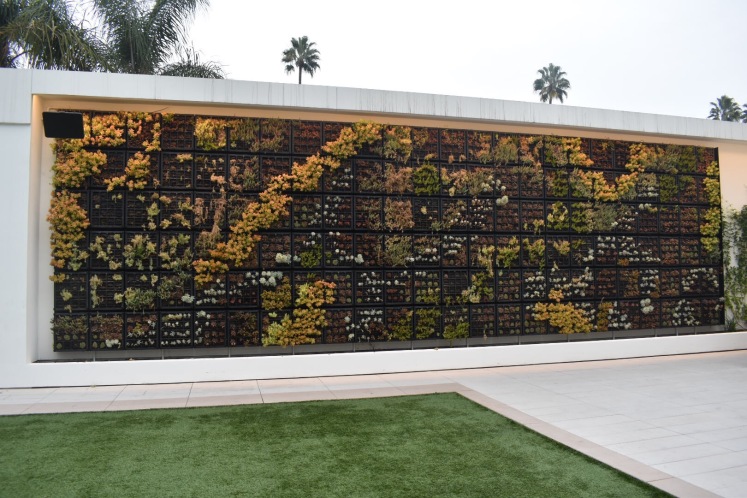 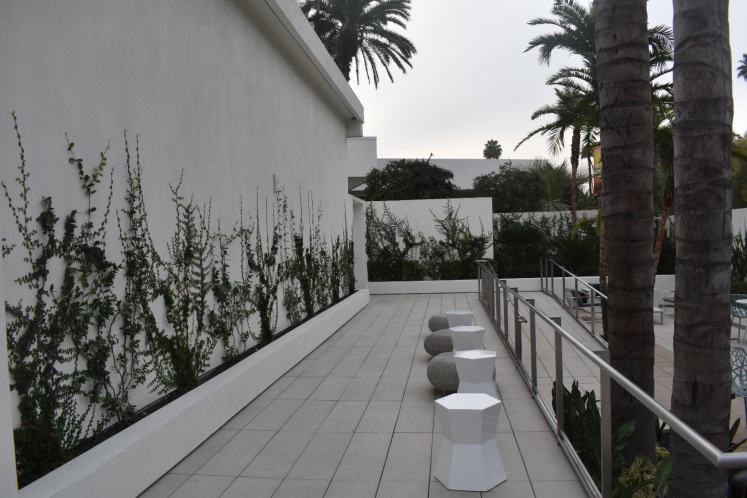 The hotel was covered in pictures of stars from both classic and modern day Hollywood. 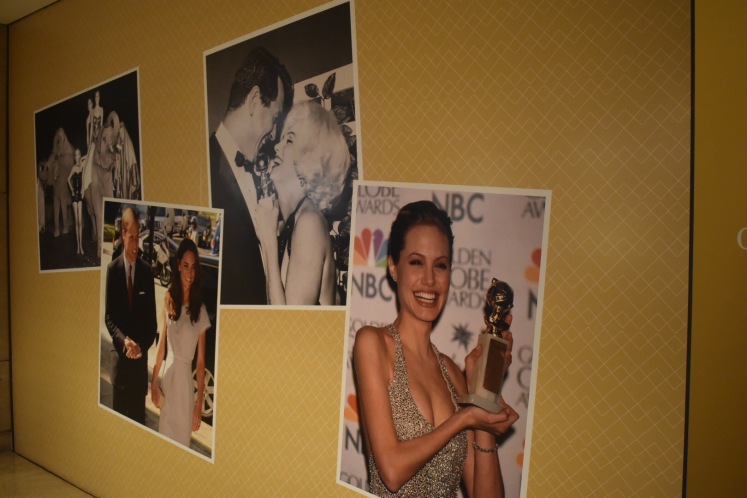 This might be super random but they had the most flattering mirrors in the guest room bathrooms. I honestly wanted to take it home and I recommend every retail store should have these mirrors in their stores to get people to buy things. 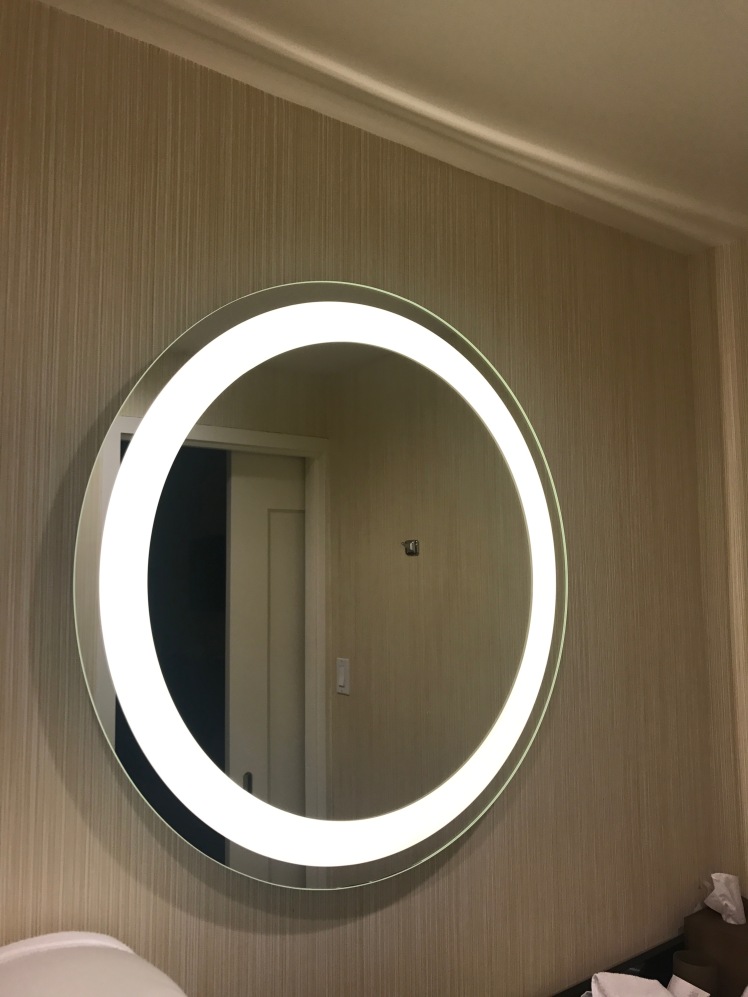