I saw a post on Instagram about The Grove holding a Christmas celebration this past weekend, with Dancing with the Stars dancers, a Jordan Fisher mini concert, and Santa himself, and for some reason I assumed not that many people would attend. I expected a sizeable crowd, but I did not expect that every other person in Los Angeles would have read the same Instagram post and showed up at The Grove.

We arrived at about 4:00 pm to eat dinner before the show and were shocked to find an insane line had already started to form. We at least gave it a try and waited in line for about twenty minutes but once we got past security and realized that everyone had to stand until the show started at 7:30 pm, that the crowd was already so deep you could barely see the stage, and that you did not have access to the restaurants or bathrooms while inside, we decided to just enjoy the decorations without the concert and ended up leaving. I give extra kudos to the parents who waited it out with their children in a giant crowd without food or bathrooms.

For those of us who are impatient or get claustrophobic easily like I do, you can instead bring your children to The Grove from now until Christmas Eve to see the decorations, take pictures with Santa, and The Grove claims to make it snow every evening.

Santa and his reindeer flying over The Grove cracks me up every time. 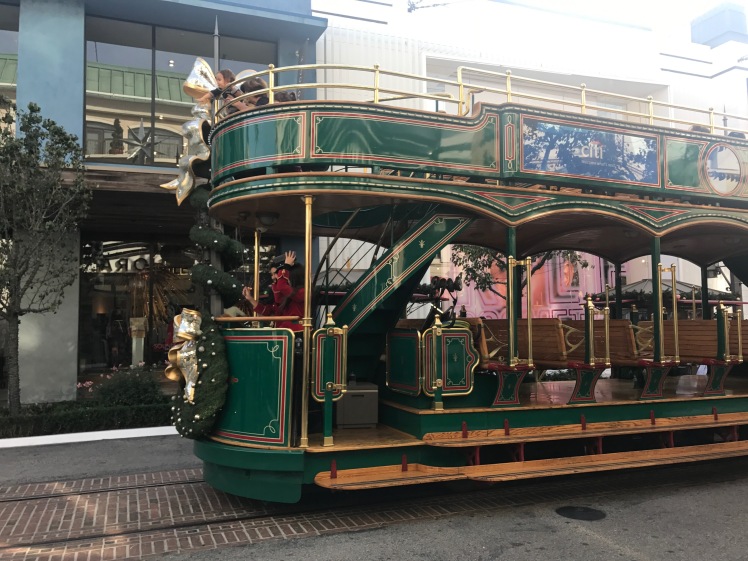