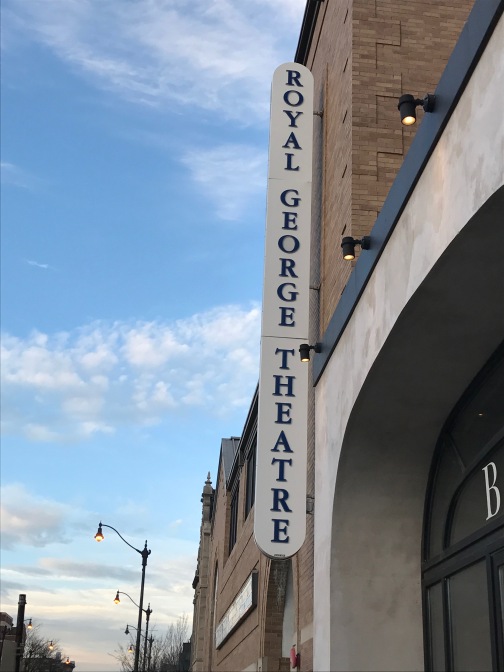 When it comes to live entertainment in Chicago, expect the unexpected and be open minded. I had to remind myself to be open minded when I went to see the Christmas themed Bible Bingo show at the Royal George Theatre. I had previously seen a musical titled First Date at the Royal George Theatre, which I loved, so I was open to seeing another show at the venue. The venue has multiple smaller theaters, which means that whatever ticket you purchase will most likely be a great seat.

When I arrived for the show, there was a flyer that displayed all of the Catholic themed comedy shows that run at the Royal George Theatre.

I have seen the most reviews and praise for the show titled Late Nite Catechism, while the shows Ho-Ho-Holy Night and Christmas Bingo only run during the holiday season.

The woman that wrote and sometimes stars in the shows is named Vicki Quade. In 2012 the New York Times wrote an article about Vicki Quade’s show and how she raises money for nuns who are in financial need at the end of every show. Here is the link if you are interested.

All of the performances are one-woman shows, where a nun, sometimes played by Vicki Quade, interacts with the audience while discussing aspects of the Catholic church. Sometimes the jokes are about the Catholic church and most of the time the jokes are at the expense of the audience. All of the shows are interactive and as an audience member you may have to go onstage, play a part, or just be called out and humiliated. For the Bingo show, the “former nun” goes through actual bingo, where you can win Catholic-themed trinkets. Periodically the “former nun” discusses catholic facts and asks the audience trivia about the Catholic faith. The show really shines when the actress onstage improvises and finds ways to pick on and embarrass different audience members. You do not need to be Catholic to attend the show and there were more audience members that were not Catholic than there were Catholic.

The following photos include the Royal George Theatre, the stage where the Bingo show took place, our Bingo cards, and the press about the various Catholic-themed shows: 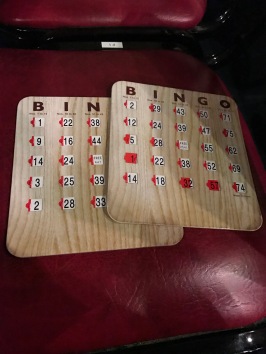