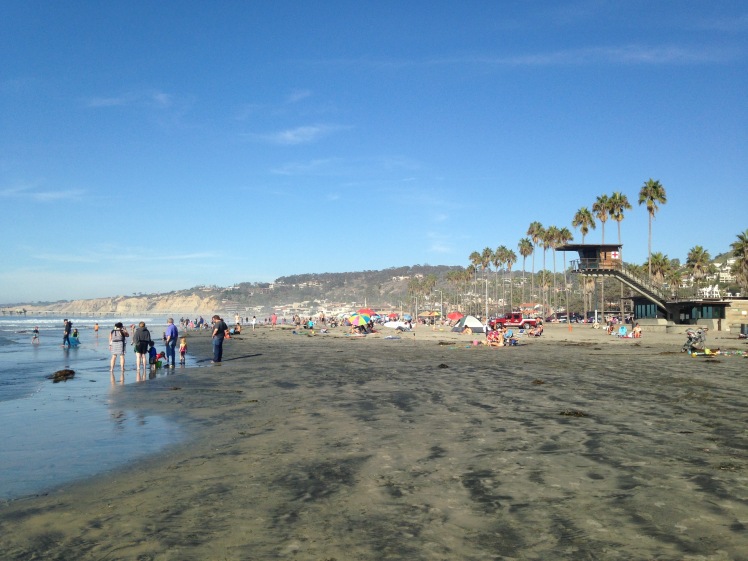 After exploring La Jolla Cove, I was in search of a place where I could sit on the beach, preferably one that was not crowded with sea lions. My search led me to La Jolla Shores, a beach about a little north of La Jolla Cove. At La Jolla Shores you will find surfing competitions, tons of room for families to play in the sand, and a park across the way. The tide comes up pretty far onto the shore, so children can play in the water without having to worry about it being too deep.

La Jolla Shores is a short drive from La Jolla Cove, but since we had already paid for parking and it said on our phones that the walk was about a mile and a half, we thought we would take a nice stroll to the beach. The walk was not too bad, and many other people had the same idea, however most of our walk was spent on a small sidewalk along a bust street so I would not recommend it if you are walking with small children. 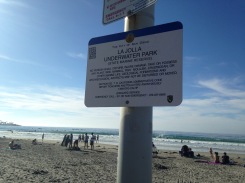